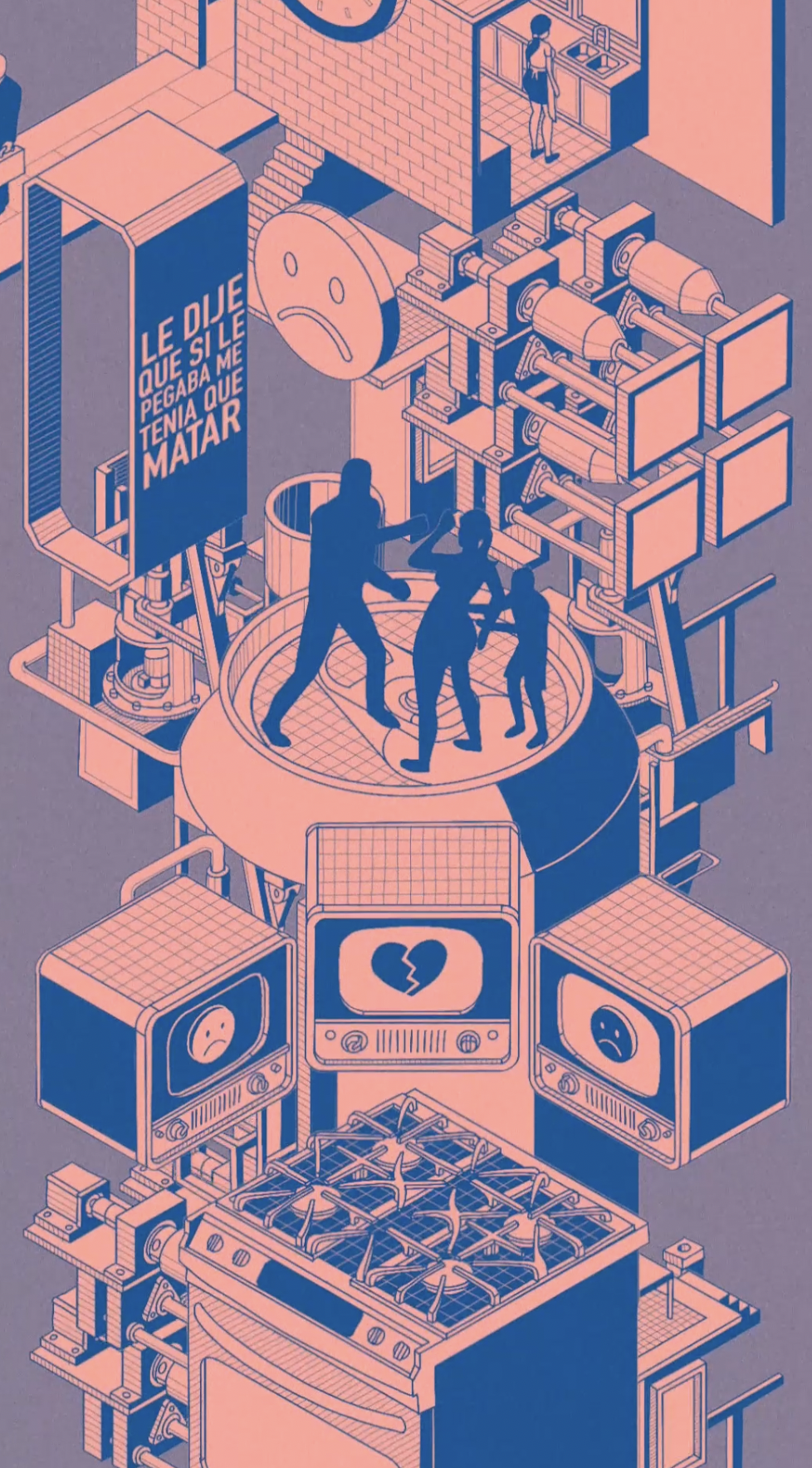 POESÍA DE PROTESTA is an exhibition featuring 10 Spanish poems written by Hispanic women. The texts all express a form of protest–political, economical, sexual, or social. Each poem has been interpreted by a visual artist, with curation by Cuban historian and art professor Gladys Garrote.

They say hell does not exist.

Time
outside the house
is different.

The man goes to work.

Soaks the beans,
dries her tears and the dishes with her apron,
piles up the pots, picks up, washes, sweeps,
mops twice.

“He couldn’t hit my son ‘cause I stood in the middle.
I told him, if he hit him, he had to kill me first.
It was the only time I was brave,
the only time,
after that, I’ve been a coward.”

She sits her son at the only table
serves him bean soup
slices of ripened plantain and blackberry juice.

The man arrives home drunk
asks for his food
—It’s cold! —he yells
she warms it up, for the third time.

She puts the child to sleep,
his room has no door.

He falls from his chair, screams, curses,
throws the empty dish to the wall.

She picks him up
takes him to bed.
Another long night awaits her, another hell.

“Well, he beat me to death.
I lost the vision in this eye (points at her right eye).”

She closes her eyes and imagines her childhood home.
Opens her eyes,
he’s already asleep.

She stands in front of the mirror, puts make-up over her bruises.
She changes her shirt and goes to the store.
Comes back soon

with a pound of rice
two potatoes, and two hundred grams of lentils.

Lights the fire to prepare lunch.