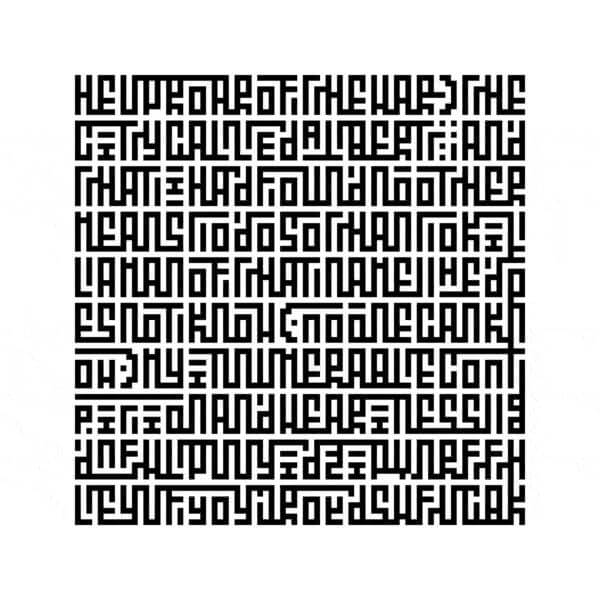 THE GARDEN OF FORKING PATHS — MONOCHROME 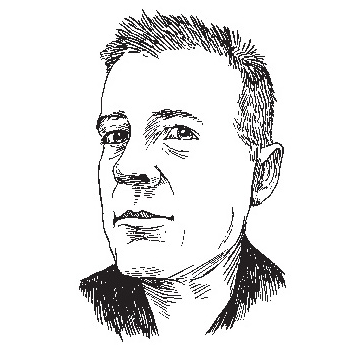 Jorge Luis Borges in ‘The Garden of Forking Paths’ imagines a novel as ‘a labyrinth of labyrinths,’ whose complexity verges on the Infinite, encompassing the entirety of the Universe itself in ‘an invisible labyrinth of time.’ Each passage branches off into ‘diverse futures,’ all concurrent with each other in multiple, but parallel, worlds. Each fable has innumerable digressions from its storyline, as some forkings converge on a certain outcome, while other forkings disperse from each other, resulting in radically different endings, despite having originated from this same line of events.

‘The Garden of Forking Paths’ by Christian Bök imagines an alternative possibility for such a tale by Jorge Luis Borges, doing so by citing the English version (written by Donald A. Yates), converting this translation into an animated sequence of mazes. Segments of the text (200 characters in length) have been converted into HRQR codes, each of which constitutes a work of nearly asemic, visual poetry, decodable by an automated, robot viewer, if not by a diligent, human reader. Each letter in the text thus becomes a partition in what Borges might describe as ‘a labyrinth of symbols.’